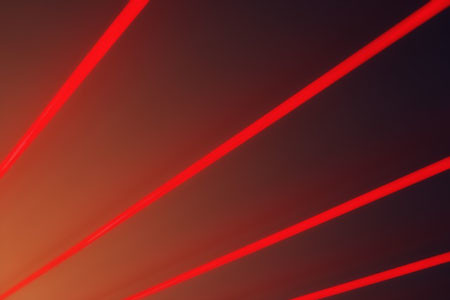 Red Light Therapy is the use of red and infrared energy to help the body heal. It does work, with scores of studies backing it up. Users find improvements in skin, muscles, joints, bones and the brain.

It’s not the heat that heals. The body accepts the light photons, and uses them to create cellular energy. Red Light Therapy is not “laser” therapy, although the names can be very confusing (I’ll show you how to separate one from the other).

You will hear so much more about this therapy, as we are just at the beginning.

Why is Red Light Therapy “Light”?

Light is a form of energy. Our bodies have photoreceptor cells that are able to absorb this energy. When the body’s cells receive the right kind of light in the right amount, the body kicks off an energy-production chain reaction.

Red Light Therapy designed for home use does not use lasers. Most consumer red light devices use light-emitting diodes (LED) bulbs. Lasers are much too strong for home use. They can cause permanent eye damage and burns. The red light therapy devices available to consumers today evolved from laser therapy devices invented in 1967. The slow evolution from laser to LED created naming confusion that is prevalent today.

For example, Low Level LASER Therapy (LLLT) is a poor attempt at saying “it’s like a laser, but with less energy.” LLLT refers to a non-laser light source, so it is just a confusing term. Some have changed LLLT from Low Level Laser Therapy to Low Level Light Therapy, which is a pretty good description of the therapy.

So are phrases people use for red light therapy are “cold laser” and “soft laser,” both of which use LED and not laser light. The official phrase for this therapy today is photobiomodulation: the use of photons to change biology.

Does Red Light Therapy Use Heat?

Red Light Therapy is the therapeutic use of non-thermal light. Infrared can produce heat, and that heat might be beneficial, but that is not the main mechanism of red light therapy. Cytochrome C Oxidase in the mitochondria absorb infrared energy without a rise in temperature.

Light therapy uses non-ionizing radiation, mostly in the visible light range. If the light produces heat, that is a side effect, not the therapeutic goal. Photobiomodulation is about the light, not temperature.

Photobiomodulation includes all non-thermal light modalities: red light therapy, blue light therapy, etc, as well as infrared when used for its photon energy rather than its heating ability.

The names below refer to red, blue, and other therapeutic light therapy modalities that use low energy LED bulbs rather than lasers. Photobiomodulation subsumes “cold,” “low-level” and “low intensity” previous names for non-ionizing, non-thermal light therapy.

Non-Laser, Non-Thermal Therapies (any use of “laser” is an error in the term):

Can Red Light Therapy Give You a Tan?

Red light therapy cannot tan your skin. The skin has a tanning response when exposed to ultraviolet (UV) radiation. Tanning lights and the sun emit the UV frequency. UV radiation is dangerous, as it causes skin cancer. Red Light Therapy devices do not emit UV rays.

Warning: Red light therapy does not tan and does not contain ultraviolet. But infrared light can induce pigmentation in some people. It might aggravate hyperpigmentation disorders. Combinging blue with red light reverses this process and decreases the skin’s melanin.

How are UV, Red, and Infrared Energies Different?

We measure wavelengths in nanometers, which are billionths of a meter. UV, infrared, and red are each only hundredths of a nanometer wide. Infrared has the longest wavelength at between 750 and 1,400 nanometers. Red has slightly shorter wavelengths at 620 to 750 nm. Ultraviolet has the shortest wavelengths of the three, between 10 and 380 nm.

Scientific specialties differ in where one color stops and another starts in the electromagnetic field spectrum. Wavelength ranges are variable depending on who you ask.  Similarly, the skin penetration measurements will differ from those stated when measured using different variables. All that really matters is the actual wavelength. The skin doesn’t know the color’s name.

How Does Red Light Therapy Work?

Red light therapy is a photochemical process. The light gives the body photon energy. The body transforms that into chemical processes that bring more energy to the treatment area. So long as the user applies the right dosage and wavelength, the body’s chromophore molecules accept the light’s photon energy.

The chromophores absorb the photons, which initiates a molecular hydrogen and oxygen exchange. That exchange stimulates the cell’s power production organelles known as mitochondria. The mitochondria transform adenosine diphosphate (ADP) to Adenosine Triphosphate (ATP). The treatment area fills with energy, which promotes the body’s self-healing mechanisms.

A red light bulb will only induce a therapeutic if it emits the correct frequency and energy onto the correct body area for the therapeutic amount of time. While not out of the question, the chances are very low that even an array of red light bulbs will create a healing effect. In fact, it is possible to fail getting a healing effect from a red light device designed to emit the right frequency and energy. If the wavelength is wrong, or the energy received is too high or too low, the body will not have a therapeutic response.

Red light alone does not heal the body. Red light in the right dose helps the body to heal itself.

The dose is affected by the body’s distance from the light source, the size of the treatment area, the time spent with the light, and the wavelength(s) of light the lamp emits. These factors combine to form the Red Light Therapy’s dosage.

Distance: The dose increases when you are closer to the light, and decreases as you move away from the light.

Time: The dose increases with time, but then hits a peak therapeutic value. Any more time after that point either does not help, or can actually harm the area.

Wavelength: The red light therapeutic window includes wavelengths between 620 and 1,000 nm (billionths of a meter). There are wavelength sweet spots that have maximum therapeutic effect. 700-750 nm appears to have no therapeutic value, for example. A light bulb that emits red color will only emit frequencies in the sweet spot by chance, not by design.

Treatment area size: The joule is a unit of energy. Joules are measured in milliwatts. The light delivers a power density in milliwatts per square centimeter. If the milliwatts per square centimeter ratio is too low, the chromophores will not receive the photons. Too much power density will result in either no response or will actually inhibit rather than stimulate cellular activity. (source, source)

Are Home Red Light Devices as Good as Laser Devices?

Home red light devices can be just as effective as laser devices, so long as they meet the requirements for a therapeutic response (source). LED light can deliver the same therapeutic dose that a laser can deliver.

Lasers produce coherent light waves. These waves peak and trough in sync with each other. They cannot interfere with each other, so they neither amplify nor cancel each other out.

LED waves are not coherent, so scientists theorized they would be less effective for healing. As it turns out, laser light loses its coherence when applied to the body. A laser’s coherence properties are irrelevant to its therapeutic usefulness. LED is just as effective as laser in improving wound healing duration.

Red light therapy really works on a number of biological problems. When the correct dosage is applied, red light induces a photochemical, energetic response. It induces the body to make more energy.

Does Red Light Therapy Have Negative Side Effects?

Red Light Therapy has no known negative side effects. Improper use can cause minor problems. There is no evidence whether Red Light Therapy is safe during pregnancy. Red Light Therapy might cause pain when applied to very dark skin, tattoos or the head. It is possible to over stimulate the thyroid. Light manufacturers suggest avoiding pointing the device at the thyroid area without physician consultation.

Some evidence suggests that red light therapy promotes cell proliferation, which cancer patients should avoid (source). This is a small set of the evidence, and so this is still an open question. Temporary and mild red light side effects include:

Is Red Light Therapy Right for You?

Red, blue, green, yellow, orange, and infrared light can have remarkably healing effects on the body. The FDA clears light therapy devices as “general wellness devices.” Negative side effects are about nil in the thousands of studies done on light.

The apparent mechanism of light therapy is that the it stimulates ATP (energy) and nitric oxide. The effect of red light therapy proven over and over includes (but is not limited to):

Possibly the most exciting discovery in the red light field is the use of light on brain disorders including Parkinson’s and Alzheimer’s. Manufacturer’s are now testing and selling light for the nasal passage, as that’s the fastest way to get the photons to the brain. 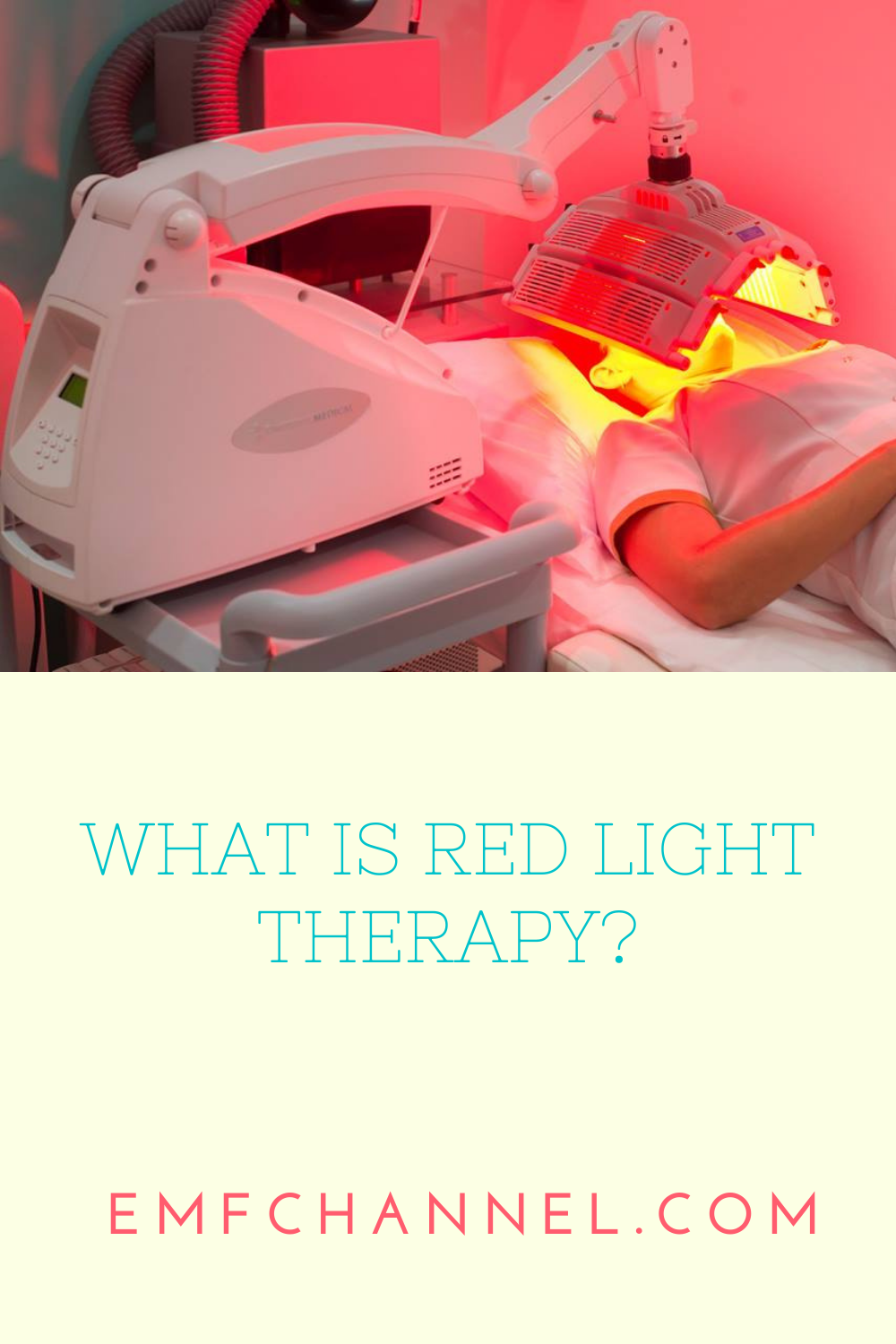