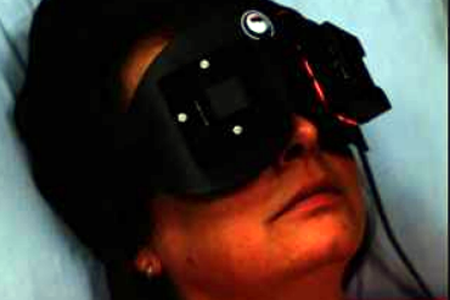 In a 2019 Nature and Science of Sleep study, researchers tested the effect of red light through closed eyelids on sleep inertia. They noted that while blue light has shown a positive effect on sleep inertia, it has an unwanted side effect of suppressing melatonin. Red light has been shown to suppress melatonin only when the red light dose is very high. Decreased sleep inertia would help first responders, medical residents, and overnight shift workers. Subjects kept sleep logs both prior to the experiment and during treatment. All subjects did a 30 minute responsiveness testing task before the sleep and light portion of the experiment. Researchers broke the subjects into three groups. Researchers allowed subjects to sleep for 90 minutes.

After sleeping 90 minutes, all groups did better on the responsiveness testing. The group receiving red light during sleep performed the best on the post-treatment tests. The group receiving light during the testing improved somewhat less. The unirradiated group had the fewest improvements. Melatonin and cortisol did not increase in any group. This study appears to have been sponsored by the Office of Naval Research (see sponsor here),  or the National Sleep Foundation (see sponsor here).