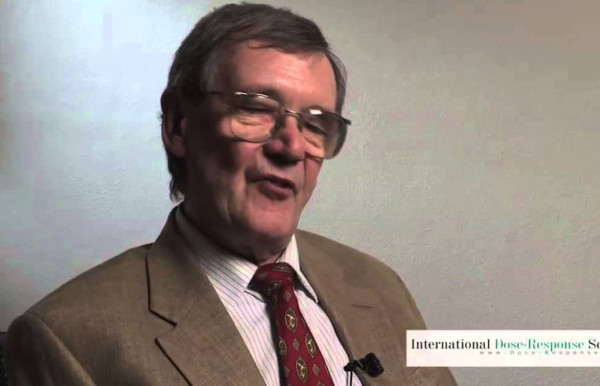 This paper is a review of the Redox Theory of the effects of photobiomodulation (PBM).

The discussion applies to both red light and near-infrared at low power PBM therapy.

There are two hypotheses as to how PBM works.

Hypothesis 1: The Redox Theory is that light is absorbed in the mitochondria at the cytochrome C oxidase (CCO).

Hyposthesis 2: PBM activates gated ion channels through a heat and/or a light pathway.

Laser Medicine that Does Not Use Lasers

The term “laser medicine” became an inaccurate when researchers were able to achieve the same effects with non-laser lights.

Now there were two problems. First, previous authors used LLLT to refer to low-level lasers. When searching scientific journal databases, LLLT would bring up both laser and LED studies. LLLT had two meanings, which confused the issue for researchers.

Next, “low level light therapy” now completely drops “lasers,” which is not what we are trying to say.

We are trying to describe the use of light in medicine, whether that light comes from LED or laser sources.

PBM is the use of photons (light) energy to change (modulate) biology.

Photobiomodulation is over 50 years old. Researchers first applied the concepts to wound repair.

Researchers initially found success using 694 nm and 633 nm wavelengths. Both wavelengths are red. Repeatedly, researchers found frequencies in the red (and infrared range) to heal human and animal biology. Red Light Therapy (RLT) is the use of red and infrared light to heal. RLT is a form of Photobiomodulation.

Clinicians and consumers can treat scores of problems with light. Researchers have repeatedly found LED to be as effective as lasers. Lasers are more powerful, and take less time to deliver their effective dose.

Clinicians use both laser and LED devices. Consumers use LED only. Lasers can burn, and so are not consumer devices.

Over 1,000 clinical studies show that PBM is healthy and generally very safe.

PBM is a Goldilocks therapy. The dose must be just right, or the recipient will not get a healing response.

This is because Photobiomodulation has a “biphasic dose response,” that follows the “Arndt-Schulz Law.”

The biphasic dose response means that:

The First Law of Photobiology

For PBM to be effective, the chromophore molecules in the mitochondria must absorb the photons. This is the first law of photobiology.

The chromophore’s ability to absorb light changes with the light’s wavelengths. Therefore, some wavelengths are more effective than others are.

PBM affects reactive oxygen species (ROS). We usually think of ROS as free radicals, but PBM can use them as messenger transports.

Light in the blue color range has the greatest ROS impact, because it induces ROS creation without reducing their impact.

Red light induces ROS but resolves their presence before they can harm the body.

Blue light produces free radicals, and at least in some cases, those reactive oxygen species harm the body.

PBM can both heal and harm. Dose quantity and frequency determine the biological response.

For example, 780 nm at 50 J cm^2 (infrared light delivered in 50 joules per square centimeter) increases bone tissue to positively act on osteoporosis and fractures that failed to heal.

On the other hand, 650 nm at 50 J cm^2 (red light delivered in 50 joules per squared centimeter) decreases bone tissue, making both osteoporosis and joint failures worse.

PBM has a protective effect at multiple levels. For example, 670 nm (red) LED reduces methanol damage and potassium cyanide neural damage. When the tissues are exposed to 670 nm light prior to cyanide exposure, the cyanide cannot kill as many cells (the light reduces the apoptosis).

“Photobiomodulation (PBM) involves the use of red or nearinfrared light at low power densities to produce a beneficial effect on cells or tissues. PBM therapy is used to reduce pain, inflammation, edema, and to regenerate damaged tissues such as wounds, bones, and tendons.” – Dr. Michael R. Hamblin

The medical information on this site is provided as an information resource only, and is not to be used or relied on for any diagnostic or treatment purposes. This information is not intended to be patient education, does not create any patient-physician relationship, and should not be used as a substitute for professional diagnosis and treatment.

Each color we see is a wave of light.

Each variation within a color is a slightly different wavelength.

Some some colors of light are therapeutic.

The rest are not therapeutic or we don't have data on them.

We don't have a fast and hard definition for the wavelength range of each color.

The skin doesn't know what we call the light.

It knows that something with a 415 nm wavelength is knocking on the door.

The wavelength is what matters.

If you find yourself wondering why I use violet and another writer uses blue, it all boils down to arbitrary definitions.

Concentrate on the wavelength value to get the right light for your goals.