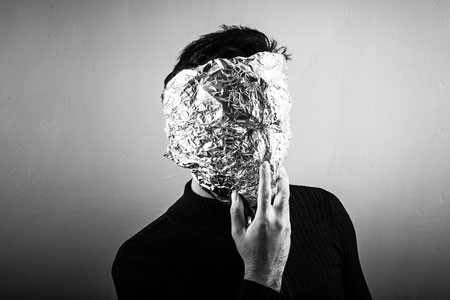 The lack of a common vocabulary to describe EHS hinders progress acknowledging, diagnosing, and treating electrohypersensitvity.

Symptoms associated with EHS include:

“The lack of a validated, mutually accepted case definition and diagnostic instrument affects the quality of the research outcomes…”

A common vocabulary will give doctors a diagnosis model for future studies. It would allow researchers to determine if patients are correctly self-reporting EMF symptoms.

Without a clinical framework, it’s much too easy for healthcare workers to blame psychiatric problems for symptoms attributed to EHS. 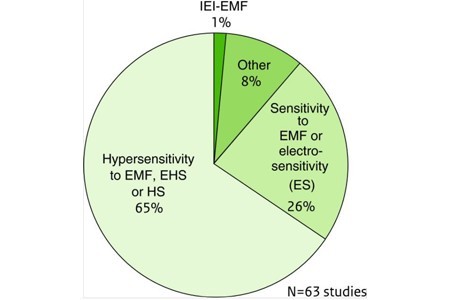 65% of studies called EHS “hypersensitivity to” EMF, EHS or HS. 26% referred to it as “sensitivity to EMF” or “electrosensitivity.”

A common vocabulary to describe electromagnetic hypersensity will help find the cause for symptoms and to formulate solutions.

“Hypersensitivity to EMF” was the most common term

Patients attribute symptoms to electronic frequency exposure. The authors argue that we don’t know if the attribution is correct.

To further confuse the issue, researchers and writers use different words to describe EHS.

We need a uniform terminology to facilitate the communication between researchers seeking to define and treat the condition.

Get Everyone on the Same EHS Page

Admittedly EHS self-diagnosis presents diagnosis and treatment problems. The worst of these is that some healthcare practitioners will dismiss EHS as psychosomatic.  We need a common EHS vocabularly to support patients who believe that EMF exposure is causing their symptoms. They might be right, but without science and common terms, there is little hope for a healthcare solution.

Admit That Non-Ionizing Radiation is Not Safe

The power of an ionizing wave knocks atoms out of orbit. Those who argue that non-ionizing radiation is safe are claiming that the lower power EMFs do not have enough energy to damage DNA.

In helpful EMF exposure, ROS acts as a messenger. in harmful EMF, it creates oxidative damage.

Radiation does not need to be powerful to create biological changes.

By acknowledging EMF’s potential for harm and consolidating the vocabularly around EHS, we can build studies that pinpoint the origin of EHS symptoms. We can then create constructive responses to patients self-reporting sensitivites.

Whether these self-reporting patients are correct or not, researchers need objective methods to diagnose EHS.

Researchers need proof that EHS reports are valid in order to work on robust diagnosis methods and then treatments.

The authors found that EHS studies use different vocabulary to describe EHS.

When researchers agree on terms, they will have a more robust environment in which they can define symptom, causes, and treatments

We currently don’t have good tools to validate or to reject self-reported EHS.