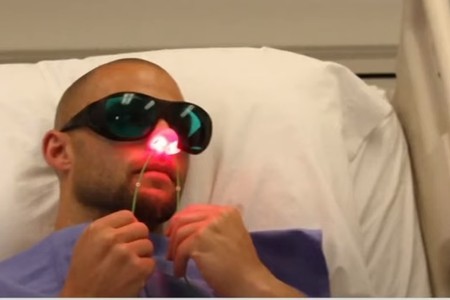 I seem to have a constant itch in my nose. Maybe it’s poor diet, maybe it is aging, but my allergies definitely got worse as I got older. I have tried antihistamines and steroid treatments. The side effects were worse than the allergy symptoms. I decided to check if red light therapy works for allergies.

A few conditions might prohibit the light from working as well with some people.

Yes, red light relieves the histamine reaction that allergies can cause.

This means it treats all allergies that produce the histamine response

The allergen that triggers the symptoms is not important. The red light addresses the histamine response the trigger causes.

How Do You Use Red Light to Treat Allergies?

Use a nasal probe red and infrared light to treat the allergic histamine response.

Nasal probe devices are available over the counter to consumers without a prescription.

They treat the symptoms caused by allergies to pollen, tree mold, pet dander, dust, and other histamine response triggers.

One such device is the Lloyds Pharmacy Allergy Reliever.

The Lloyds nasal probe is typical of the allergy red light devices you can find on the market.

The Allergy Reliever is a portable, lightweight battery-powered device.

Two wires coming off the device end in red and infrared light bulbs.

Does the Red Light Nasal Probe Really Work on Allergies?

I scanned the reviews of several nasal probes available for sale on the internet.

When swapping his antihistamine drug for a nasal light, one user said his symptoms were 70 to 80% better. He did not feel like he had “zombie brain” anymore.

Another use said her nasal probe was “unbelievably effective” for hay fever, tree pollen, mold, and pet dander allergies.

How to Use a Nasal Probe Allergy Red Light

To use the nasal probe light, first cover the lights with the clean covers called probes.

Insert the probes in the nasal passages. The insertion should not cause pain.

Use the device for three minutes per session, two times per day.

Similar devices to the Lloyds will specify their own treatment schedules you should follow.

The red light has a healing action. The infrared light increases blood flow. The combination suppresses the cells that release histamine.

Red light nasal probes are safe to use with other therapies.

Researchers set out to test the effect of red (but not infrared) light on increasing nasal airflow (nasal patency).

Although the patients’ nasal airflow did not increase, they did have significant reduction in their allergic symptoms.

The treatment includes 15 minutes per session, 1 session total, and shined 36 J of energy into each subjects’ nose.

The group treated with red light had a 49% reduction in these symptoms:

Can You Use Red Light with Antihistamines and Steroid Treatments?

Yes, you can use red light allergy treatment along with antihistamine and steroid treatments.

In the study mentioned above, researchers treated one subject group with a combination of red light, an antihistamine, and a steroid treatment.

Subjects took four sprays of mometasone furoate one time per day, along with 5 mg of the oral antihistamine llevocetirizine.

With medicine, the nasal congestion dropped by 32%. Runny nose dropped by 49%.

What are the Benefits of Red Light for Allergies?

Red light is good at relieving these allergy symptoms:

The researchers measured the effect of the allergies using a “rigid and flexible nasendoscopy.”

Patients used the red light for 4.4 minutes per session. There were three sessions a day for 14 days.

The total energy per session was 6 J. Over three sessions a day, the subjects received 18 J per day.

The researchers measured improvements with the nasendoscope, and found significant improvements.

However, two types of patients did not respond with significant improvements.

Patients with polyps and chronic sinusitis did not get relief from the nasal red light therapy.

What is the Advantage of Using Red Light for Allergies?

Antihistamines, steroid nasal sprays and eye drops do relieve histamine symptoms, but they have side effects.

Antihistamines can dry the mouth, blur the vision, and create confusion.

They can cause vomiting, drowsiness, and trouble peeing.

Antihistamines can make children moody, and blur the vision.

Steroid nasal sprays can sting, burn, and irritate the nose and throat.

They can cause itchiness, redness, and swelling in the nose, which is what we are trying to reduce with treatment.

Steroid sprays can dry the nose, cause nosebleeds, change moods, and cause insomnia.

Allergic symptom red light therapy has no side effects.

The nasal lights use LED bulbs. They are not lasers, and cannot hurt your eyes. (We cannot see infrared light, so you will only see red when you look at the bulb. Nevertheless, allergy lights use both red and infrared. The infrared is there, just not visible.)

Red light therapy does NOT cause nausea, vomiting, headaches, vision problems, or rashes.

There is no need to get refills because the light is not a consumable.

You might occasionally want to replace the cleanable probes. 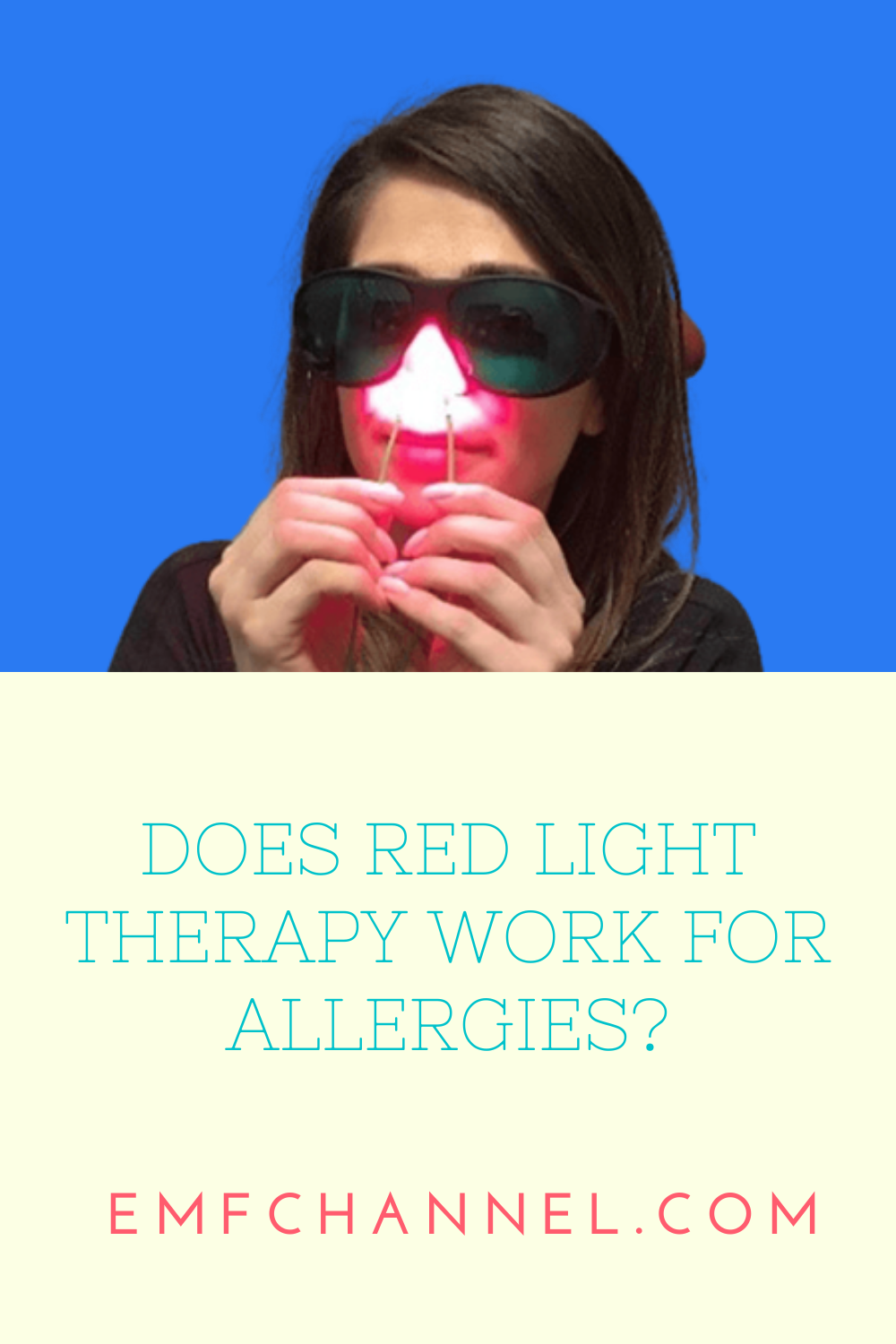