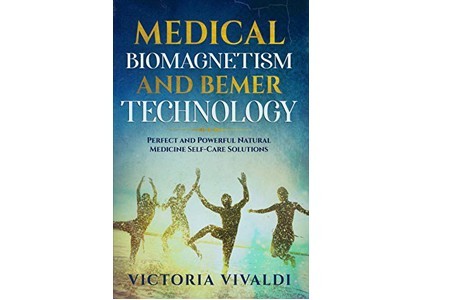 The text is aimed at anyone suffering from long term pain who is looking for solutions outside the traditional medical route.

The book is written in a conversational, easy-to-understand style.

The author claims that the BEMER is an effective healing device. Because there are multiple problems with the presentation and claims, I initially discarded the BEMER as a hoax product.

However I have friends familiar with the BEMER who tell me it is a valid therapeutic product. The debate is still open. I will be reporting back after I do more research.

I have two knowledgable friends who tell me the BEMER is a valid therapeutic device. One is starting BEMER work soon. I will report back when she’s seen (or not seen) results.

A friend with severe neurological pain disorder tried the BEMER. The lowest setting (which is a very low guass by comparison to many other PEMF machines) was too energetic for her. This is not a good test as few people would respond as she did.

Vivaldi claims that the BEMER is an excelent medical alternative treatment modality.

We oly don’t know about it because doctors are forbidden to discuss it.

In my opinion, that’s highly probable. Conventional medicine throws out babies and bath water in favor of its own ideas.

What is the BEMER?

The author and the BEMER marketing claim that BEMER can cure insomnia and relieve pain.

What You Should Learn

Vivaldi says she’s spent 30 years what she now offers in this one book.

This book should give you an overview of BEMER PEMF technology. The author also promises to explain Medical Biomagnetic Pair Therapy. These are “static” magnetics she uses for detoxification and for pain relief.

[Author’s note: magnets have a static EM frequency. They are 0 Hz. Not a big deal, but “static magnet” is redundant.]

Durazo claimed that his magnetic therapy could “restore proper pH levels,” which in turn affected the body’s relationship with viruses, bacteria, and fungi.

Durazo used muscle testing to diagnose Vivaldi with an infection and “grief.”

The grief was altering her pH, he explained.

The muscle testing — or bioenergetics — told Mr. Durazo where to place the magnets to balance Vivaldi’s pH.

Vivaldi had lost her sister to cancer decades before. She did agree that she had been in profound grief since then.

Vivaldi did get better, and she attributed her recovery to Durazo’s self-treatment magnet protocol.

The book makes these claims about the BEMER PEMF:

Vivaldi says the device brought her all of these benefits. She felt:

Victoria Vivaldi is a:

“In Europe, where this technology originates, it is classified as a Class 2 medical device.”

Europe (The European Union) does not provide a device database the way the U.S. FDA does. I can’t verify this claim. The European Commission is in the process of setting up a medical device searchable database.

“I’m not trying to sell you anything either. I get no commission if what I write prompts you to try what helped me, as I do not distribute the BEMER technology or magnets.”

Inconclusive: There’s no way to know if the author is profiting from this promotion, or not.

“The BEMER device is approved by the United States Food and Drug Administration (FDA) as a Class I Medical Device – currently pending a Class II classification – but you can purchase it without a prescription.”

The FDA gave the BEMER a Class II status in this 2017 letter. However, the classification is for the BEMER Powered Muscle Stimulator. BEMER claims that typical competitors are the Revitive IX, which is primarily a “powered muscle stimulator,” and secondarily a “transcutaneous nerve stimulator.” The FDA letter says nothing about PEMF, or pulsed electromagnetic frequencies.

“[P]atients recovering from surgery, wounds and fractures shortened their recovery period by 40 to 60 percent compared to those who did not use the BEMER therapy.”

I searched for about 30 minutes for any articles supporting this claim. I found nothing to support this claim, as well as a lively discussion on researchgate.net slamming the BEMER as a scam.

I dove into this book hoping that BEMER was a viable, valid medical technology useful for reducing pain and promoting healing.

I have two knowledgable friends who tell me the BEMER is a valid therapeutic device.

One is starting BEMER work soon.

I will report back when she’s seen (or not seen) results.

Comments Prior to Update

THE BEMER IS NOT A VIABLE, VALID MEDICAL TECHNOLOGY USEFUL FOR ANYTHING

The BEMER FDA Class II letter describes the device as a “muscle stimulator.”

The BEMER marketing literature does NOT describe the device as a muscle stimulator.

EMS devices apply a current to the skin to contract the muscle underneath.

An EMS tires out the muscle, which can induce it to relax.

[Author’s note: I have several EMS devices. They are very effective.]

EMS devices do none of these things.

Accrding to BEMER marketing literature, the BEMER is:

I did research BEMER on PUBMED.

One BEMER device pilot study reporting good results, but did not give any details in the free version of the study publication. The authors reported no conflict of interest, but mentioned that BEMER donated the device for study.

A BEMER pain study found no effects, either for good or for bad.

A BEMER cancer study found seemingly positive reactions. But it also had a failure to produce better chemotherapy outcomes.

A BEMER musculoskeletal study found seemingly better blood values, but the treatment had no effect on relieving patient pain.

One PUBMED “study” is an article describing the history of the BEMER product.

A BEMER pain scale study reports that “the result clearly shows that there are significant improvements in all areas surveyed through the application of this complementary treatment options, regardless of the underlying disease.” The abstract gives no clue as to method and controls.

A German article about the BEMER contains only the title. There’s no abstract or study information at all. It’s the “[BEMER (Bio-Electromagnetic-Energy-Regulation) therapy.”

A BEMER multiple sclerosis study showed that patients had improved fatigue levels at 12 weeks. Then they had no change at 18 weeks. The treatment had no affect upon depression.

A BEMER study of stem cell stimulation was outstanding in its inscrutibility. After reading it, I entered a Senior Moment of Awe wondering how this article got published at all.

The book is 100% anecdotal, requiring the reader to rely on the trustworthiness and accuracy of the author.

This is the same author who claims to have no financial incentive to share her find with the world, but who promotes a website for her BEMER dealer.

When I researched some of the book’s claims, I found lots of websites bashing the BEMER as a multilevel marketing scam.

In my opinion, the BEMER is a useless device.

EMF CHANNEL is reader-supported. When you buy through links on our site, we might earn an affiliate commission. 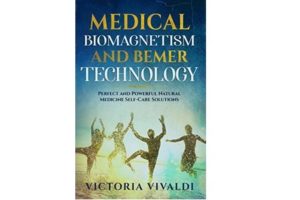