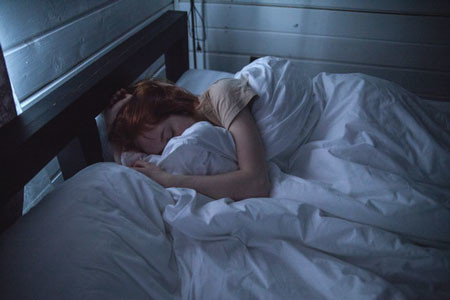 One study found 460 nm to have a strong negative affect on circadian rhythm.

Researchers sought to find the range of effects of 460 nm light exposure on alertness, thermoregulation, and heart rate.

One group received 460 nm. The second received 550 nm. The third continued in darkness.

Three groups then received 2 lux of polychromatic white light for another 1.5 hours.

All subjects had 7.75 hours sleep.

Self-reported sleepiness was lower in the blue light group than in the control groups.

The blue light correlated with melatonin shifts inconsistent with good sleep. The 460 nm group melatonin was suppressed through the evening and night, but then rose above the controls the next morning. This is the opposite of a healthy melatonin pattern.