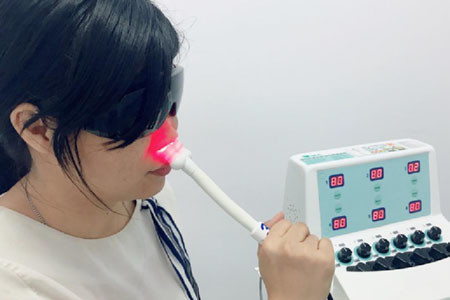 660 nm wavelength (red) light has shown an ability to treat allergic rhinitis, chronic rhinosinusitis, and nasal obstruction reduction. It can also increase respiratory flow. Researchers separated subjects into two groups. Group 1 received 40 mW/nostril of 660 nm red light nasal therapy, as well as an antihistamine. Group 2 received only the antihistamine. Each subject had at least one of these symptoms.

Researchers measured before and after red light exposure:

All rhinitis symptoms improved for the red light group at 30 minutes after treatment finished. The symptomatic self-reporting went down, and objective scores showed nasal improvement.